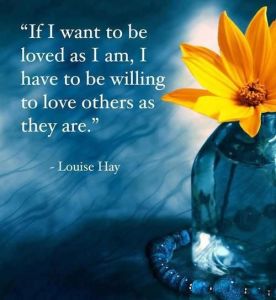 I stand on the porch surrounded by darkness and a thick, heavy, obscuring fog that has blanketed the countryside. The world is completely silent. I strike a flame and tilt my head as I light the end of the guilty pleasure I’m holding in my hand. It’s an old friend of mine, one who has spent countless hours on the porch with me while I’m standing in a familiar spot contemplating the tangled webs we tend to weave around ourselves during day to day life.

I know it’s horribly awful for me. It’s nothing more than a delivery system for a harmful addictive substance that could eventually kill me. It brings me a false feeling of contentment and calm which is really nothing more than a chemical change I’ve created in my brain by inhaling and indulging.
It’s a smoke screen that I use to try and clear my head, to shut out the distractions of everyday life.

My brain has adapted over a long period of time so I need more to experience the same pleasure and feel-good response.  So I just keep reaching for another.

I’ve seen up-close what the long term effects can have on a person. I’ve heard the warnings a thousand times over. You could look me straight in the eye and ask me what the heck I’m doing but it will do you no good.  It has a grip on me, one I still haven’t seemed to be able to shake after forever and a day.

I stand on the porch, staring into the darkness with my favorite vice smoldering in my hand, a bad habit full of sickness and cancer and promise of death. 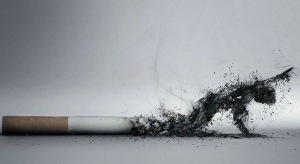 an immoral or wicked personal characteristic.

a weakness of character or behavior; a bad habit.

It’s 7:30am and I can smell the stench lingering in the air of my home before I even open my eyes.  It has woven itself into every fiber of my clothing and hair, every wall of paint and every stitch of carpet.  It disgusts me.  I want to vomit.  The sweet, sickening aroma of the mixture turns my stomach over as I choke down the nausea it brings.

I can’t take much more of this I say to myself as I hear ice cubes fall into the bottom of a huge plastic cup that will stay filled to the brim all day.  I know the day will be filled with slurred words and booming voices filled with lies and utter distress.  But also compassionate, deeply ingrained with truth from above conversations that may never make a bit of difference for a long time to come.

Can’t he see what he is doing to himself?  Why can’t he just seriously stop this never-ending madness?  An absurdity that has cost him so so much already…a wife, both kids, his sanity and maybe his job soon.  He isn’t even trying to make things any better for himself!  Why can’t he get out of this darkness?  What does he expect us to do when he isn’t even trying any more?

We have given and given and been patient with almost all I think I have left in me.  His claws are sharp and they tend to bring out the worst in me also.  I want to tell him to figure it out himself.  To get out of my once happy little ol peaceful world so I can enjoy life myself.  Why should he be the only one who seems to be living it up and having a grand time in the world.

Doesn’t he care about all of us, who are in this together, one single morsel of a bit?

He reminds me over and over and over again.  He doesn’t care, he is out of options, this IS all he has to offer, he doesn’t want to hear about how God is still there if he would just open his hardened heart back up to the light.  God took his happiness, God and the church took his wife.  God is a huge catalyst in everything that has happened to him over the last four years.  He reminds me again and again and again. 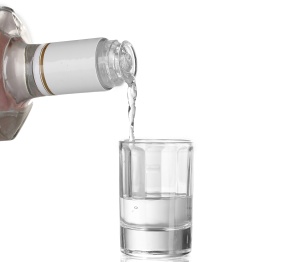 My friends I believe we all have vices in some way, shape or form which can be both good and bad.  Maybe it’s something you’ve never thought about really.  Most people probably think of vices as things such as drug addictions, gambling, nudity, murder, theft and bribery.

But there are other vices as well.  Dishonesty, haughtiness, jealousy, laziness, manipulation, pride, recklessness, unfaithfulness and wastefulness.

Last year we opened our home and ourselves to a friend, a very close friend who was treading in some unhealthy shallow waters in his life.  And almost 10 months later he is in the DEEP end.  It hasn’t been a pleasant swim in the pond by any means for any of us.  It is filled with raw human emotions that can turn on a dime for any of us depending on the day.

But here’s the thing for me personally.  His wife was my friend…my BEST friend.  His kids were once daily blessings in my life also.  When she left with no warning and we found out the truth it took over an entire year for me to find my sanity again as well and I severed other close friends in the madness of it all.  I questioned every aspect of every moment, of every year, of every minute, of every conversation.  My full time job that I no longer cared about either was a stay-at-home mom with my kids.  They witnessed the rise and fall of their mom.

I failed on every aspect of every level for a very long time.  I was so lost in the darkness….no matter what I tried I could NOT for the life of me find the light.  I could share all of the torrid details.  You probably wouldn’t even believe half of it if you heard it.  It seriously could be a Lifetime movie.  But that’s not the point.

The point is four years later I have a different story.  A much better story.  There are scars and wounds and some times there still are really bad days.  But I keep believing, I keep putting one foot in front of the other and I lean heavy on the one person I know I can trust in this world.

Our heart aches for our friend.  ACHES….because his eternal soul truly matters to us.  So if that means we take him and all his vices on over and over again, than that’s what it means.  Because God sure didn’t give up on me so it’s the least I can do for a friend especially when I myself still cling to bad habits and vices depending on the circumstance.  I’m hoping and praying every single day that some day he’ll see the light again and make Jesus his favorite vice. 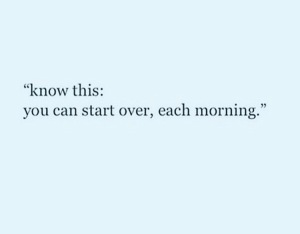 Still here…still filling bellies, loving on my hubby and tending to our animals, while soaking in the simple ordinary moments that bring me joy here. I’ve had to say goodbye to a few of my favorite barnyard friends over the last month. My sweet Grace was one of them. Tom bought me Grace almost 10 years ago when I was at one of the lowest points of my life. She was a fantastic listener during chores and one of a kind. She is greatly missed! 🖤
Thankful for simple moments and blessings around the farm in November 🖤
The guys have been busy fencing off stalk ground for the herds this past week while we make preparations to bring everyone home for the Winter. The drought this year has changed some of our normal routines come this time of year but we’re making do. Still have lots more fencing to build, fat cattle to sort & haul off, and of course addressing the water issues we’ve been plagued with. And we also have to squeeze in time to finish fall tillage, haul hay home, custom bale stalks, and replenish our wood piles to keep the home fire burning. The list is never ending but the good Lord keeps us going as we continue to check things off the list. 🖤
That’s a wrap for corn and Harvest 2022 is complete 🙌🏻 🌽
Life on Solomon Road ~ We are in the thick of harvest, cranking out long days, battling this nonstop wind and trying to understand each other’s hand signals when we are both tired, some times cranky and usually hungry 🤣 Life is good even with all the irons in the fire this month and still dealing with this crazy drought. One truck at a time we are getting grain to town, one water tank at a time we are keeping our herds hydrated and one trailer load at a time we are still moving hay home for this Winter. One day at a time…that’s how we’ve always tackled life together. Each a moment & memory I hope I never forget 🖤
Soybean Harvest 🖤