I spent some time on the porch last night in quiet contemplation.  Mulling around a thousand different things in my head.  About life.  About rainbows.  About the laundry. About love.  About the garden.  About grace.  About the weather.  About great mysteries we some times never come to understand.  About promises.  About never ending to-do lists.  About the upcoming holiday.  And about a dog.  A dog named Ty.

The porch is usually my thinking spot of solace. The ironic thing is it’s not very quiet at all.  I am surrounded by thousands of singing birds, frogs croaking, roosters crowing, pheasants calling, owls hooting, turkeys and chickens squawking, cows mooing, and multiple dogs barking.

This week our boy Ty was missing.  It had only been a few days but in the middle of the country, littered with packs of coyotes, a few days is very concerning as each hour passes. Ty has always been our traveling gypsy, modern day drifter, adventure seeking, free spirit and friend to many. He has been known to travel for miles and miles, to camp out at neighboring farms, and to hitch a ride back home.  Everyone knows Ty around here. He’s what you might call a neighborhood celebrity.  And those that know him love him. 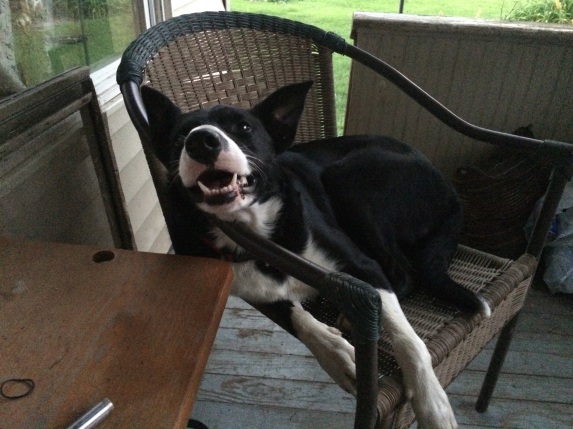 I have to admit after the first 48 hours of him missing I started to really question if he was ever coming back.  When I woke up yesterday to find him still unaccounted for I was barely holding on to a teeny, tiny sliver of hope.  No one had seen him, he hadn’t checked in anywhere, he wasn’t plastered on a Facebook page for lost and found pets. There had been no phone calls or messages. I assumed if he could make it home he already would have. Instead he had seemingly vanished with no explanation.

Have you ever had that happen to you? One minute something is there but the next minute it’s just gone?  Maybe it was a similar situation like a family pet missing. Or maybe it was something extremely more complicated and complex. Being fired from a job. A relationship or marriage ending. A child running away from home. A friendship being severed. An unexpected death. Trust being broken. Happiness shattering over night. Depression sweeping the rug out from under you. Grief that suddenly steals your joy. Vanishing hope. Hurts sometimes so deep they leave jagged scars on your past, your future, and your bleeding heart.

I have personally experienced all of these things. Adding a missing dog to the list shouldn’t feel so painful but it does. 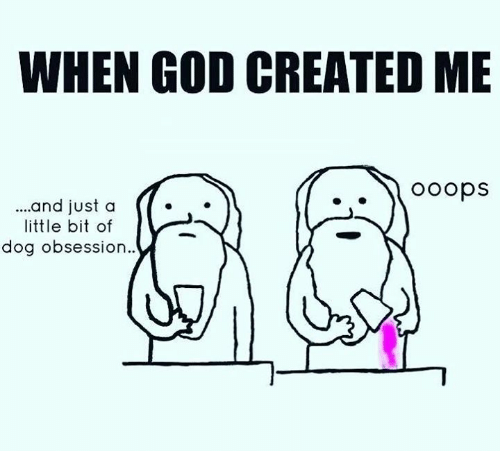 But God is also changing this girl’s heart. Over the years He has used my dogs and their never ending antics to teach me humbling lessons about journeying through this great adventure of life and filling it with people instead of just animals. Complicated people.  People who are broken.  People who are searching.  Searching for freedom.  Freedom from their demons, from their sins, from themselves, from a world chock-full of hate.  A selfish place crowded with the lost.  Lost people who spend their days just wishing they could disappear. Some even going missing for long periods of time. Occasionally unexpectedly forever.

I have spent countless hours searching for dogs, worrying about their whereabouts even after only a few hours, praying to the high heavens that they come back home.  Last summer I was standing in the middle of our road, yelling repeatedly at the top of my lungs for two other dogs who had taken off.  (We have 8 dogs, it’s a cluster some days I tell ya).  I was fighting off tears watching a storm approach and worried sick.  At that moment the wind picked up substantially and I heard the voice in my head asking me what exactly I was doing.  You see I had brought my prayers to God on numerous occasions on behalf of my dogs. It’s a repetitive mantra. Please bring them home. Please bring them home. Please bring them home. In that moment of desperation this question came to mind….”Have you ever stood in the street praying to the heavens, and screaming at the top of your lungs for God to bring one of your lost friends home?”  I could honestly say I had not.

For years I’ve had no problem cleaning up after my dogs and all their messes.  They can destroy my furniture, poop on the floor, tear through the garbage and shred 25 dog beds all over their pens and the yard until it looks like a snow storm and I don’t bat a single eye.  There is no limit to the amount of money I spend on them either. And at the end of the day I’ll still tell them they are my favorite, let a few sleep in my bed and pour out unconditional love on them.  But when it comes to the human species I react much differently when there’s a mess involved.  Dealing with it usually seems like a lot of work and a lot of drama. And of course it always costs precious time. But this past year or so its something the Lord has pressed upon my heart to really ponder on and work on changing about myself.

Not long ago I snapped a pic in the old uninhabited farmhouse on our property.  10 years ago the man that lived there turned the page on his calendar and it has hung untouched ever since.  Untouched for approximately 87,600 hours and 5,256,000 minutes give or take.  I started thinking of all the things that have happened over the last decade. Of the events that some days, weeks, and even months left me wanting to simply vanish. I feel enormously blessed that God promised to get me through each and every one and 10 years later He has. The situations may not have turned out how I wanted or hoped for but I survived by some days doing nothing more then clinging to the hope of His promises.

I’ve observed a crap ton of rainbows this year.  And not just ordinary rainbows. Enormous, double rainbows. Some so bright and extravagant to the human eye no picture can do them justice. I’ve seen many others share their own pics of these magnificent meteorological phenomenons.  I’ve also read comments poking fun of the abundance of these pictures. Really? What a cynical world we live in where adults bully one another over a plenitude of rainbow pics on social media.  I’d prefer to see rainbows any day over some of the garbage that’s out there.

I don’t know why there have been so many lately but I chalk it up as a luxury to have witnessed them. Maybe God is just giving us reminders that He is still here amid the chaos and noise and making His presence known for a few minutes that the human eye can see. I love knowing other people have bore witness to the same scene.  I think it’s magical that miles and miles away from me someone else is looking at the same abundance of color ulliminating the sky. They are such beautiful reminders of God’s glory and promises in the days to come.

Time is moving too quickly my friends. Yesterday is already gone. The last ten years have flown by in the blink of an eye. I hope you find opportunities this summer and the rest of your life here on earth to seize the moments you are given.

Take the picture of the rainbow and share it. Hold the door open for a stranger. Actually tell people you love them and appreciate them. Hold the hand of someone needing a little extra strength to get through the pain in this life. Extend unexpected grace upon grace upon grace. Forgive when it’s not deserved. Give away your possessions and live with less. Put your phones aside and engage in actual conversation. Open your hearts and homes.  Allocate your time for others. Give of yourself.  Share your own story. Push past judgmental tendencies. Wipe away tears. Tell someone they matter. Offer the sliver of hope someone is desperately craving. Snatch someone up from the pit of darkness. Stand alone in the street and scream your prayers to the Heavens on their behalf.  Be the rainbow connection the lost souls in this world are needing to see in the sky in order to experience God’s presence and glory.  Roll your sleeves up, step into their lives and their mess and meet them in their brokenness.

Maybe if you do you’ll be able to look back 10 years from now and see another saved soul basking in His glory at the end of the rainbow. I can only imagine how vibrant and beautiful the other side of glory is going to be.

Don’t you want your friends, neighbors and fellow mankind to be there to see it as well? 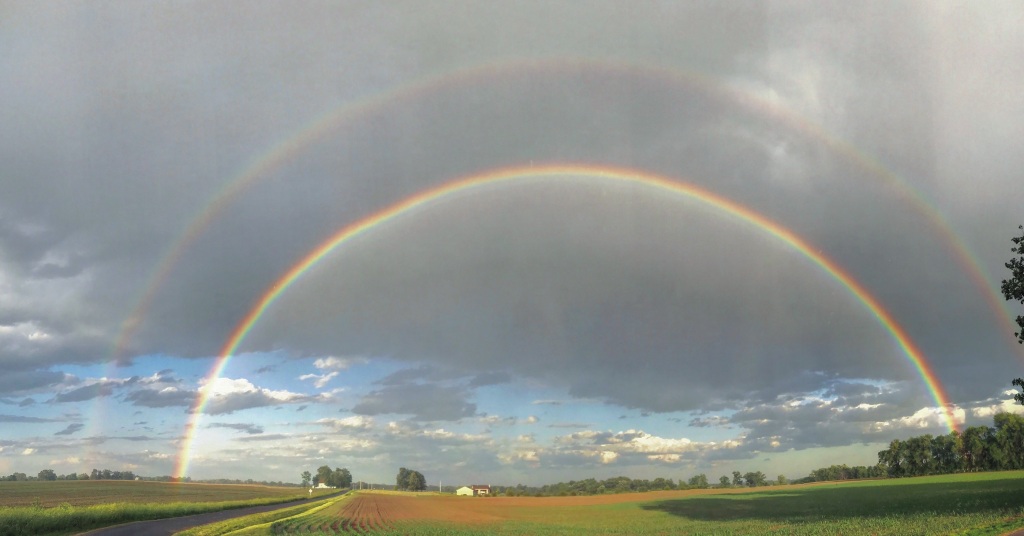 PS….Ty was back home, in one piece, sleeping in my flowers this morning when I woke up.  🙂